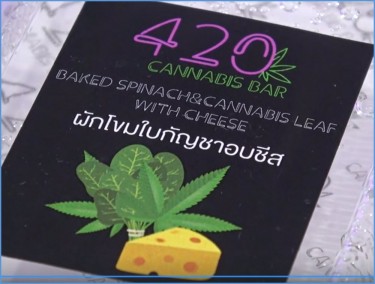 Bangkok, Thailand is on the path of becoming Asia’s Amsterdam. Every month ushers in a new opening of a cannabis cafe in the capital city. The first one popped up as soon as the cannabis laws in the country were first relaxed and since then, clinics, restaurants, coffee shops have embraced the sales of cannabis-infused products.

Thailand has been working on its marijuana legislation bill for more than two years now. Although very little progress was made until December 2020. Most Thailanders are glad that cannabinoid projects have been legalized for medical reasons.

In 2019, The Thailand government was the first in Southeast Asia to legally approve the use of marijuana and hemp products for medical and other research purposes.

In December 2020,  the government decriminalized cannabis leaves. Right now, only the THC-rich flowers and buds are classified under the list of narcotics. This relaxation of this law has kickstarted a movement of cannabis cafes in the country’s capital. To go into this business, the entrepreneur has to obtain an official license from the health ministry.

Since January 2021, several restaurants and cafes now infuse CBD extracts into different products, from food to drinks, even cosmetic products are not exempted. There have been informative tours of marijuana fields scattered across the country. But overall, Bangkok has the most cannabis-related activity going on at the moment.

The legalization of the medical use of cannabis promoted a steady rise in the price of shares in the cannabis industry. A publicly-traded company in the industry recorded an over 11% rise in its shares on 17 March 2021.

This was immediately when the Cosmetic and supplement producing company announced it would develop and produce skin care products and dietary supplements that have been infused with extracts. The beauty community also climbed as high as 4.4% during the trade hours compared to a benchmark increase of about 0.2%.

The Government has reiterated that only the weaker and less potent parts of the cannabis plant can be used by all businesses involved. These parts include the stalks, stem, root, and leaves of the plant.

At the various cafes found across the capital city, customers are offered cannabis drinks and food that come in various flavors. These teas come in cocoa, plum sofa, kiwi, honey lemon, and apple flavors. Not everyone likes the flavored variants, hence there are provisions for bland variants; unflavoured.

Each cafe has its unique signature drink.

Customers can also order edibles like desserts, snacks in the form of brownies, cakes, burgers, and pizzas. These cafes make use of marijuana plants as active ingredients.

After all, it is first and foremost a cannabis cafe…

All options on the menu are guaranteed to give the customers a relaxing buzz. The duration of this buzz might differ based on the service ordered. That is the teas and snacks have a varying range of CBD in them with little or no THC content. This is because the government capped the THC content to 0.3% even for pre rolled tubes and smokes.

Hence, you will experience the therapeutic effects of marijuana with the “high”.

All these can be found in the capital city of Bangkok in at least one location.

420 Cannabis bar is an infamous line of cafes that sells coffee as well as weed in different parts of the world. This company beat the other canna-cafe lines to open up a store in Bangkok. They opened two beautifully designed spaces within Bangkok for customers that would love to dine in.

Their futuristic neon-lit venues are aesthetically designed around a cannabis theme.

Within the stores are artificial cannabis plants that give the rooms a greenhouse-like appearance. Colorful lights were also used to give the venues a serene ambiance.

The cafes have other stalls, bakeries, bars, restaurants, and vending machines within proximity. Customers can also opt for their delivery services.

The ingredients used are procured from Suranaree University of Technology, Chao Phya Abhaibhubejhr Hospital, and Mae Jo University. The three owners of 420 cannabis bars have assured their customers that only the legally accepted ingredients are used.

This CBD cafe opened up in April. Just another one of the increasing number of locations infusing weed into the mix. This establishment serves caffeine made with CBD extracts, as well as in different forms of edibles.

GTG procures its cannabis ingredients from its partner, Thai University. Both partners colluded to produce a cannabis variety, Raksa, which is high in CBD. Raska extracts are infamous for being a wellness panacea.

There are other cannabis cafes found outside Bangkok and in other states of Thailand.

Thailand is a country that depends largely on the influx of tourists at different periods of the year.

The COVID-19 pandemic may have indirectly affected the state of businesses in the country. It prevented a lot of international tourists from coming into the country due to the various lockdowns around the globe.

The ministers in the country are holding out hope that the new cannabis cafes will improve the poor state of their economy. It will encourage more tourists to add the city capital to their travel destinations. Also, some ministers are hoping that the plant will be used as a “cash crop” which can be exported out of the country as soon as it gets legalized.

As more research is carried out, there would be different meals to help relieve stress, pain, and anxiety—depending on the extract recommended by The Thai Health Ministry. These drinks and meals will also go a long way to improve the customer’s appetites.

Maybe with time, these establishments will provide sleeping lounges. For customers who get sleepy from the buzz gotten from the meal.

Expect more of these locations this year, and watch as tourists come in droves to Bangkok.

MARIJUANA CUSINE IN THAILAND BEGINS TO TAKE OFF, CLICK HERE! 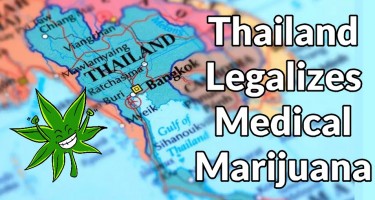 Next What is Delta-8 THC: Everything You Need to Know

A YEAR END LETTER TO SHAREHOLDERS FROM THE CEO OF HCMC

TAAT® Presenting to Institutional Equity Investors at the

EnWave Files Claim Against Former CEO and Others