Why didn’t I get stoned from my first toke?

How to Rehydrate Dry Buds

Ketamine One Establishes Medical Advisory Board 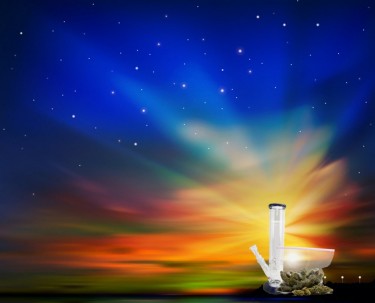 After a stressful or restless day, the first agenda on your mind would be unwinding and releasing the tension all over your body. Luckily for you, the sunset blue is one of the best cannabis options for this. It gives you an “out” from all the pressures of the day.

The Sunset Blue strain is a good alternative to having a burst of fresh air after being cooped inside throughout the day or week.

Read on to get to know all there is to know about this mysterious strain of marijuana. From its source to its composition and finally its amazing effects.

The mellow and highly fragrant Sunset blue is a hybrid strain cross between Sunset Sherbet and Blue City Diesel. Its inherited genetic features have gotten it a top-shelf status in the various dispensaries it is sold.

Brief information about the parent strains

Both parent strains are still in high demand due to their unique characteristics and induced effects. They have also been used to develop several buzz-inducing varieties that sell relatively well on the cannabis market.

This is a popular indica-dominant marijuana plant. It was developed by crossing blueberry variety with NYC diesel variety… Its light berry fragrance which is fast-acting, appealing, and very smooth can be attributed to its blueberry genetics.

It also has a berry-like flavor that is mouthwatering.

Appearance-wise, the blue city diesel strain has a tight bud structure. Its trichome appears to have a frosted coating and its pistols are orange.

The blue city diesel induces a mild to high body high that can last for a few hours. This makes it okay to consume it during the daytime without feeling fatigued or couch-locked. Also very good for treating some ailments and their symptoms.

Sunset Sherbet on the other hand is a more recent member of the cookie variety. It was developed in 2017 from a cross between the GSC And Pink Panties strain. The GSC is a classic marijuana plant that is well acclaimed for its high potency. While Pink Panties is also famous for its distinct kush genetics.

Sunset sherbet has an intricate mixture of aromas that combine the sweet berry, candy, and skunk citrus notes. It can be used optimally to relieve stress and some diagnosed mental disorders medically.

For now, only the breeders who developed the strain know its exact origin. They seem to be guarding this information fiercely. It was developed by Northwest Cannabis Solutions. These breeders say that the sunset blue features come mainly from its Sherbet Strain lineage.

This rich marijuana strain is high in THC. With a percentage of over 23% THC content, it produces a body buzz that lasts long enough. Lab tests have shown that its THC content can get as high as 28%.

It has a low CBD percentage content. It can be as minute as 0.13% in some sunset blue plants.

The Sunset Blue is astounding to gaze upon. Their tight buds are neon-colored with a long grape-shaped structure. It has light amber pistils.

It has an overall light green coloration with slight notes of purple.

The buds of the sunset blue strain are highly sought after due to their addictive aroma. .if you attempt to open up a little lump of this weed, you’ll be hit with sour citrus, fruity, pine, and earth-like fragrance.

Its aroma cannot be forgotten in a rush because it can easily be triggered anywhere you go. It can be compared to attributing a certain perfume fragrance to a friend, and anytime a whiff of the perfume is gotten, the friend instinctively comes to mind.

The Sunset Blue has a very sweet flavor. When it is first inhaled, a rich berry taste is detected. Upon exhaling the smoke, a sour lemony citrus flavor is detected as an aftertaste.

It has a well-balanced effect that leaves the user level-headed. Sunset blue is the stuff of dreams. Perfect for an afternoon or evening of relaxation when there’s little to do.

The high is produced a few moments after the first hit. The user starts to feel light in a super relaxing way. There is also a tiny burst of energy with very few mental aftereffects.

The plant also has some genes that make it sedative in a way. It can produce sleep-like effects that help the user have a good sleep. Its slight sedative features mean the user can be eased into a peaceful sleep without being overpowered by the drug.

However, it must be taken in moderate doses. Because like all high-THC strains, it can overwhelm the user and induce the opposite effects— it would instead cause the user to feel more discomfort while triggering additional stress.

To sum the effects up; Sunset blue induces an energizing and euphoric effect. It may also leave the user feeling hungry.

This marijuana strain can be used to treat chronic pain. Sunset Blue gives a feeling of physical relief which can be felt on all parts of the body. It alleviates the aches in the limbs and improves muscle flexibility.

Due to its high concentration of the psychoactive compound, THC, It can also be prescribed to patients who suffer from symptoms like nausea, vomiting, and lack of appetite.

Depression and anxiety symptoms can also be relieved with this strain.

Recently, pharmaceutical companies developed synthetic versions of THC compounds. They can be found as pills and they are as effective as the plants themselves.

The Sunset Blue is a dreamy strain that everyone would like to hit after a long day. The larger the dosage used, the higher the difficulty of concentration gets.

More research is being carried on this strain to determine if it has other medical benefits to offer.

In case you’re searching for a cerebral and body high to unwind, Sunset Blue is your best bet.

There is no more story.

8 Things That Would Happen if the Feds Legalize Cannabis